According to a study published by Sten Karling in 1943, the pulpit’s new sounding board was made by Johann Valentin Rabe, who belonged to a new generation of wood carvers. However, new archival finds show that it was the sculptor Salomon Zeltrecht, who received payment for his work in the cathedral between 1724 and 1726. According to the accounting book of the cathedral, the sculptor Salomon Zeltrecht was paid 54.70 rubles and the painter Johann Heinrich Fick received 35.40 rubles in 1726 (TLA. 237.1.143, 1.02.1726). It is likely that the men were involved in rebuilding and upgrading the pulpit. 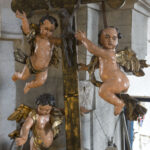 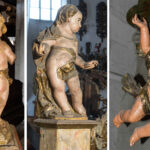 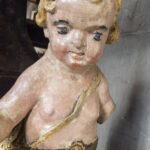 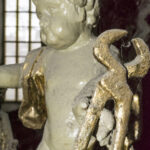 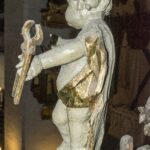