Overview of the fire on Toompea written by Samuel Gottschild, Secretary of the Consistory of Estland, 6 June 1684 (Tallinna ajaloo lugemik (Reader of Tallinn’s History), pp. 236–237):

“…about ten o’clock in the forenoon, a dreadful fire [broke out] here on Toompea. Since the fire started in the constable’s house situated on the property of the church and close to the school and church buildings, the fire immediately spread to the surrounding wooden houses and our beautiful cathedral turned to ash [this is an exaggeration] so that even the dead bodies in their graves burned; and since the flames immediately blocked both roads leading down into the town, in all of Toompea, only the houses of the Mannrichter Mr. Niels Stackelberg and the lord of Kunda Mr. Müller, Mr. Lieutenant Colonel Fersen, and the blessed Engstes, along with the house of the blessed Alderman [?]rath, which were located further away on the other side of the Toompea market, were untouched by the fire. The rest of the houses, however, were all destroyed by fire most pitifully, causing almost inestimable damage to the few belongings of the inhabitants, so that people barely managed to escape down the tall cliffs by rope…” 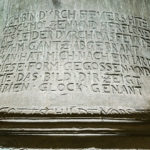 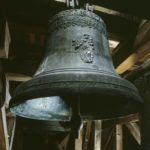