Matthias von Stauden, the owner of Lelle and Linnape manors, commissioned the Rapla Church pulpit, which was completed in 1700, in memory of his wife Anna Dorothea von Richter, who died in 1682, and in honour of her and his second wife Johanna Katharina von Taube. As was traditional, the coats-of-arms of the nobles who were either directly or indirectly associated with the pulpit’s donation were mounted on the sounding board. 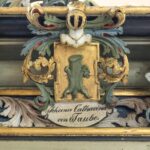 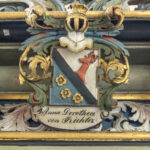 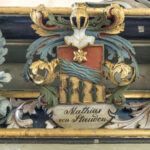