In addition to the statues of Moses, St. John the Baptist, and two angels, Ackermann also carved two so-called putto corbels with child’s faces. The figures of Christ the Invincible and of the theological virtues apparently were originally also part of the retable’s composition. These figures have unfortunately not been preserved in their original locations. The figure of Christ was situated at the retable’s pinnacle above paintings depicting his betrayal and crucifixion. The statues of the virtues were probably situated in the spots where the angels are currently located, while the angels were previously beside Christ. 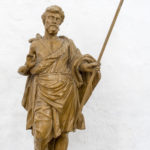 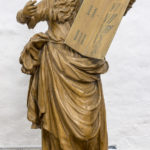 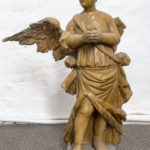 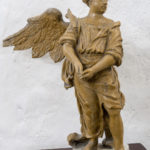 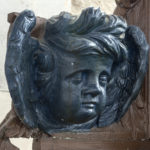 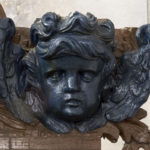