Otto Pius Hippius (1826–1883), a Baltic German painter and the son of the printmaker Gustav Adolf Hippius, was an architect who in his own words devoted his life to serving the Protestant Church. He participated on two occasions in the design competition for the Berlin cathedral, which was supposed to become the main cathedral for all Protestants of the world, and he wrote four treatises on the nature, form and style of the Protestant Church.

Two churches with extraordinary architecture were built in Estonia according to the design plans of Hippius: St. Charles’ Church in Tallinn and Alexander’s Cathedral in Narva. Hippius, who lived mostly in St. Petersburg and worked there as a professor of architecture, had good relations with the nobles and organisers of ecclesiastical life in Estland and Livland. The design plan for the Sangaste castle, for instance, and the plan for the reconstruction of the retable of Tallinn’s cathedral were commissioned from him. The wish of the Knighthood of Estland to make the furnishings of their ancient church more contemporary and dignified was evidently behind the latter commission. Hippius’s last wish, however – to have his remains buried beneath the threshold of St. Charles’ Church in Tallinn – went unfulfilled. 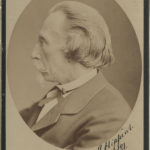